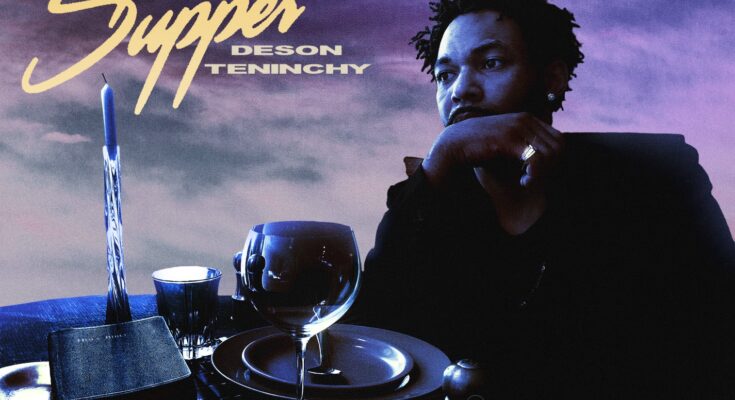 Brooklyn, NY, Hip-hop artist and producer Deson Teninchy has recently released his album, “First Supper”, which is intended to be an unorthodox approach to the genre. The album was released under Estate Entertainment, and both the artist and label have set a goal of appealing to a more conscious listening target.

DESON TENINCHY – Minding My Business” (From the album “First Supper”)

“First Supper” consists of 10 tracks that showcase the versatility of the artist’s lyrical style as well as his production capabilities. This album contains something for everyone who considers themselves a fan of hip-hop music. The lyrics throughout the project offer deep insight into the mind of the artist in addition to commentary on current societal issues.

The first track on the album “Bosses Boss Up” features some of the most powerful bars on the entire project and serves as a perfect introduction for listeners who are just getting acquainted with this artist’s sound.

Deson Teninchy is Co-Owner and CCO at Estate Entertainment Agency, providing services in Bayonne, Newark, Jersey City, and New York. He is leveraging his expertise to extend his diverse talents, produce and arrange unique music, and manage business affairs, with his Co-Owner, Nicole.

Listen to Deson Teninchy’s groundbreaking album now and rediscover hiphop with a stunning, fresh sound! Don’t hesitate, grab “FirstSupper” while you still can and experience the thrill of distinctive beats and lyrics. Join the movement: be part of the revolution that is Deson Teninchy’s music!

Musiccharts24.com is an affiliate partner of Fiverr and the author is Fiverr Seller. The tracks promoted here can be sometimes monetized as part of a paid Fiverr gig.

Musiccharts24.com expressly distances itself from the content of the promoted music tracks!